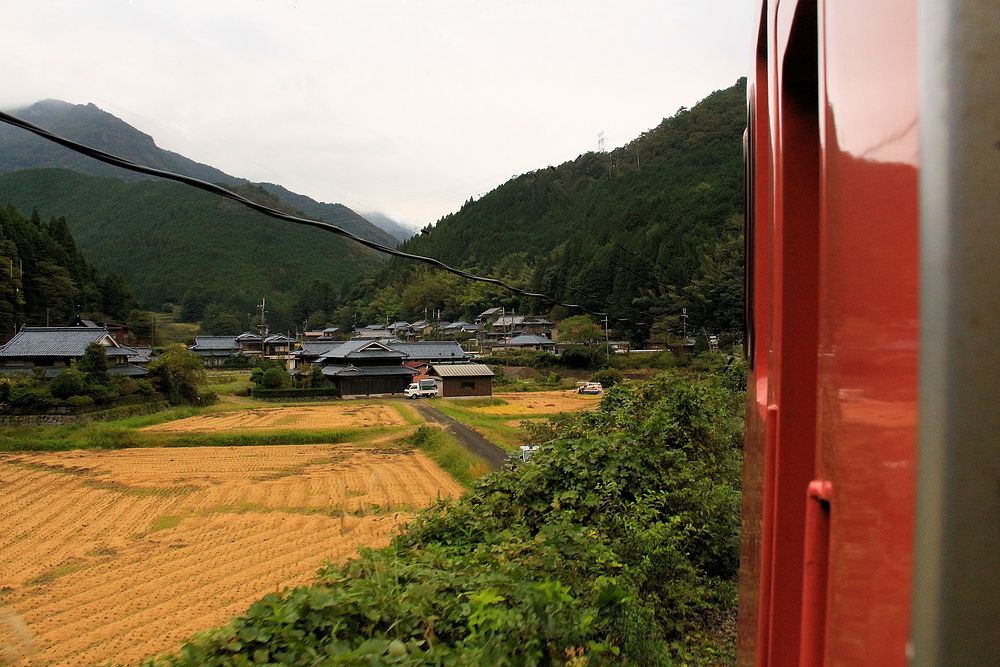 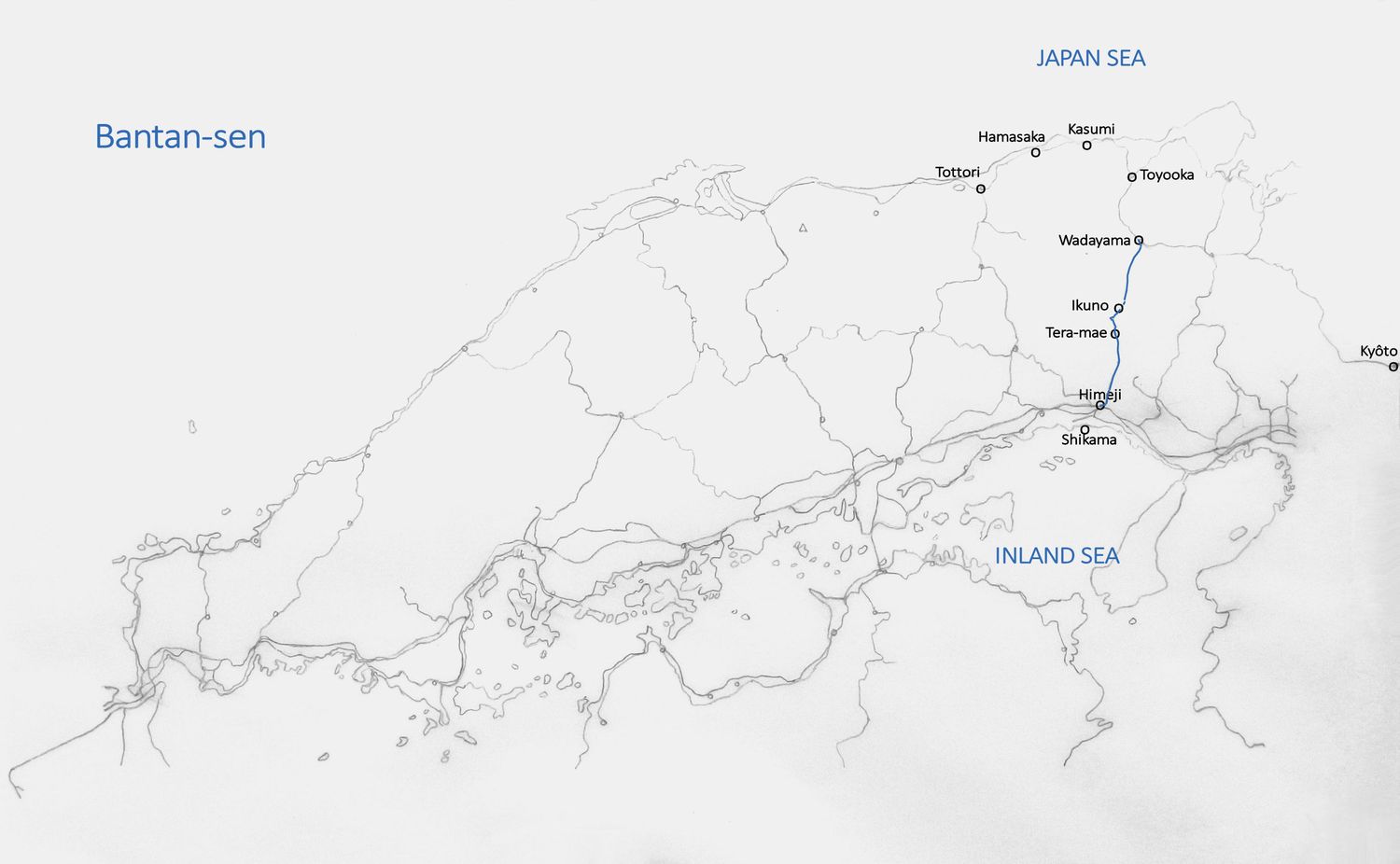 This line forms one of the links between the Inland Sea and the Japan Sea. It starts in the region of the city of Himeji, then works its way up the valley to Tera-mae, after which the steep mountain pass up to Ikuno (305 m.a.s.l) is tackled. Ikuno was once one of Japan's most important silver mines; these closed is 1973. From Ikuno the line descends into the Maruyama-gawa valley oriented towards the Japan Sea. The Bantan-sen itself ends at Wadayama (72 m.a.s.l) on the San'in Honsen, over which trains come up from Kyôto and continue to Toyooka and the coast.

The Bantan-sen is 65, 7 km long, of which the section from Himeji to Tera-mae (29, 6 km) was electrified with direct current 1500 V in 1998. A transportation system had been introduced at an early date from Ikuno through Himeji to the port at Shikama, first with horse-drawn carts, then by rail as from 1894/95. Completion of the Bantan-sen was in 1906. Since 2008 a new elevated line takes the Bantan-sen to the upper level of Himeji station. Freight is not carried any more today.

The former section of the Bantan-sen from Himeji to the harbour at Shikama (5, 6 km long), which used to see only two passenger trains a day, was closed in 1986.

Services are frequent over the electrified section to Tera-mae. From there a diesel train (often only one coach) operates over the pass to Wadayama at irregular intervals of about 1 1/2 hours. Depending on the season, there are 2 to 4 express diesel services over the Bantan-sen, operating between Ôsaka and Kasumi, Hamasaka or Tottori on the Japan Sea coast. 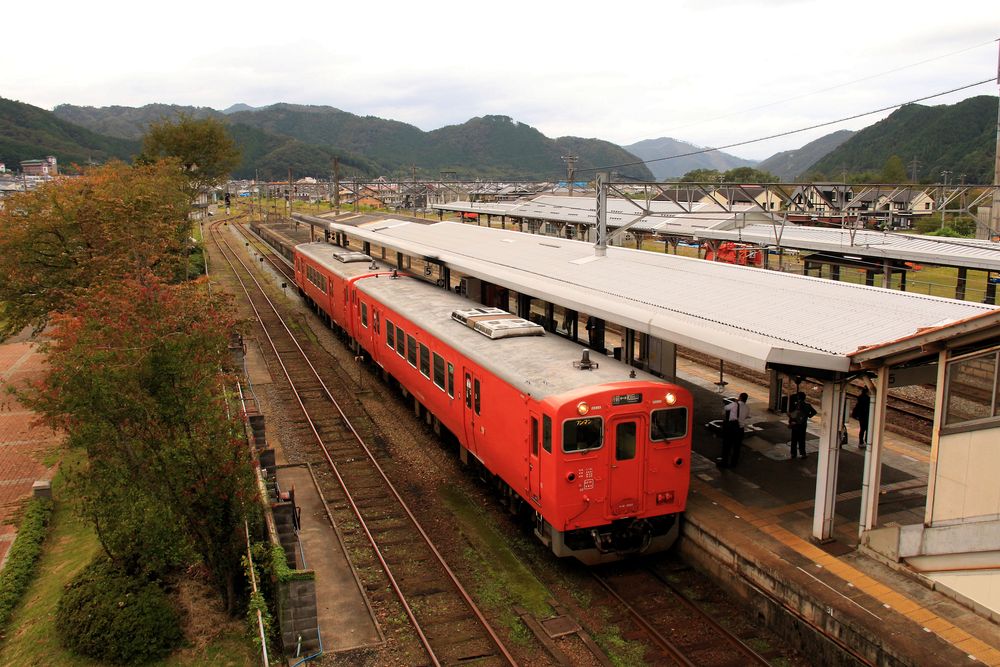 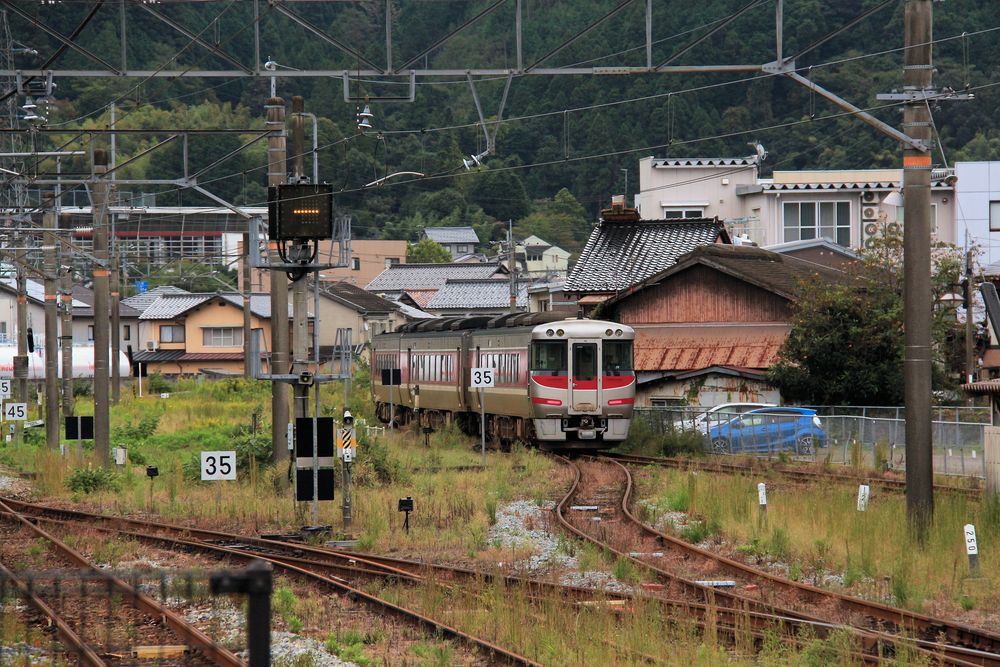 Three-car express train set 189-1 coming from the Japan Sea branches off onto the Bantan-sen at Wadayama. (2016) 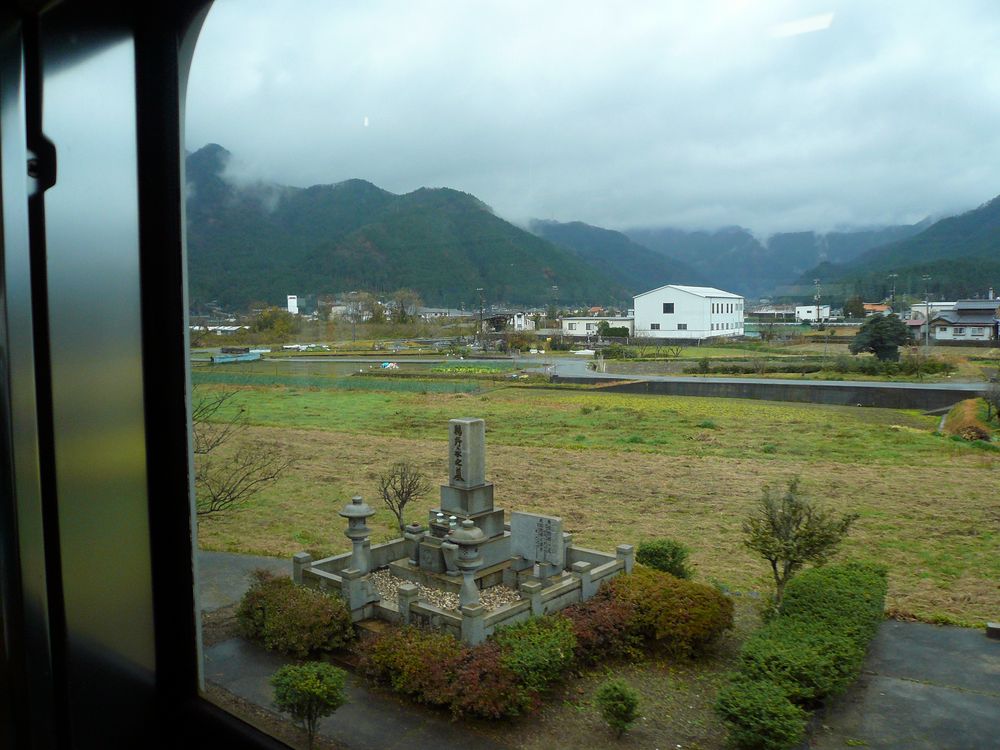 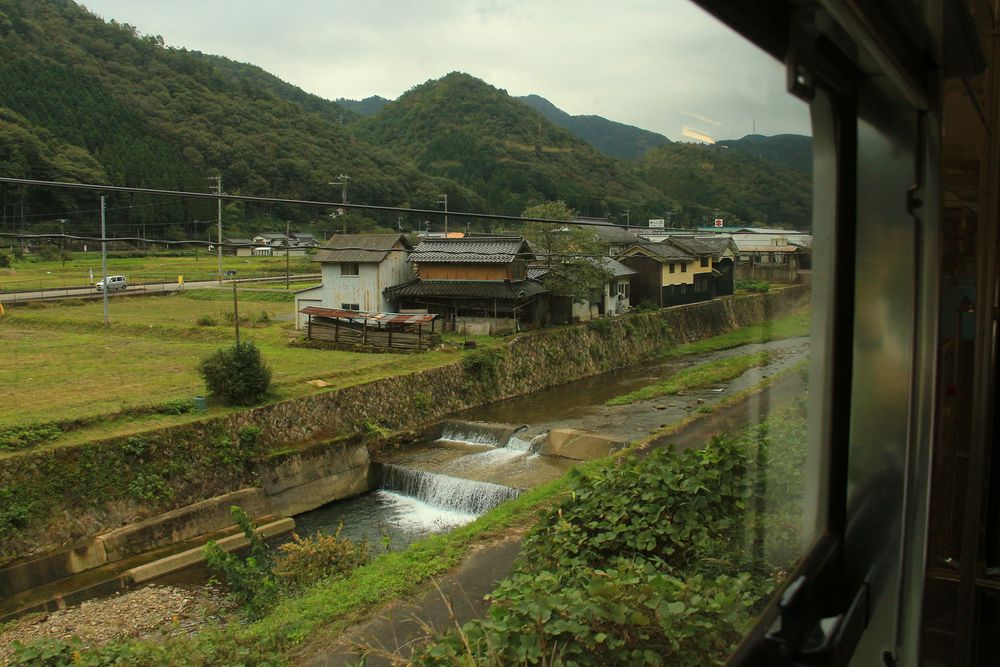 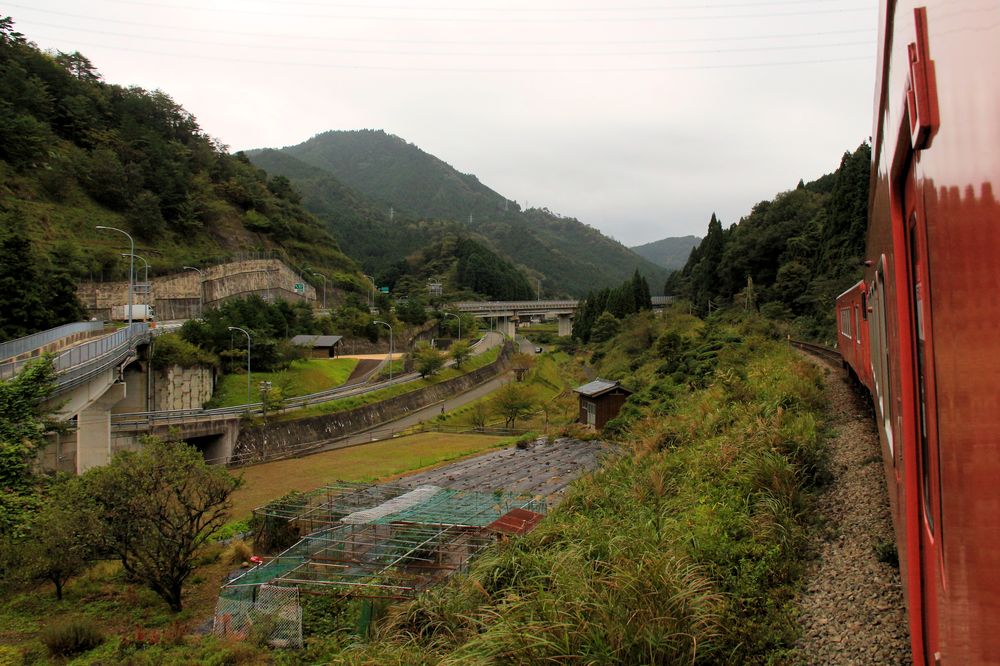 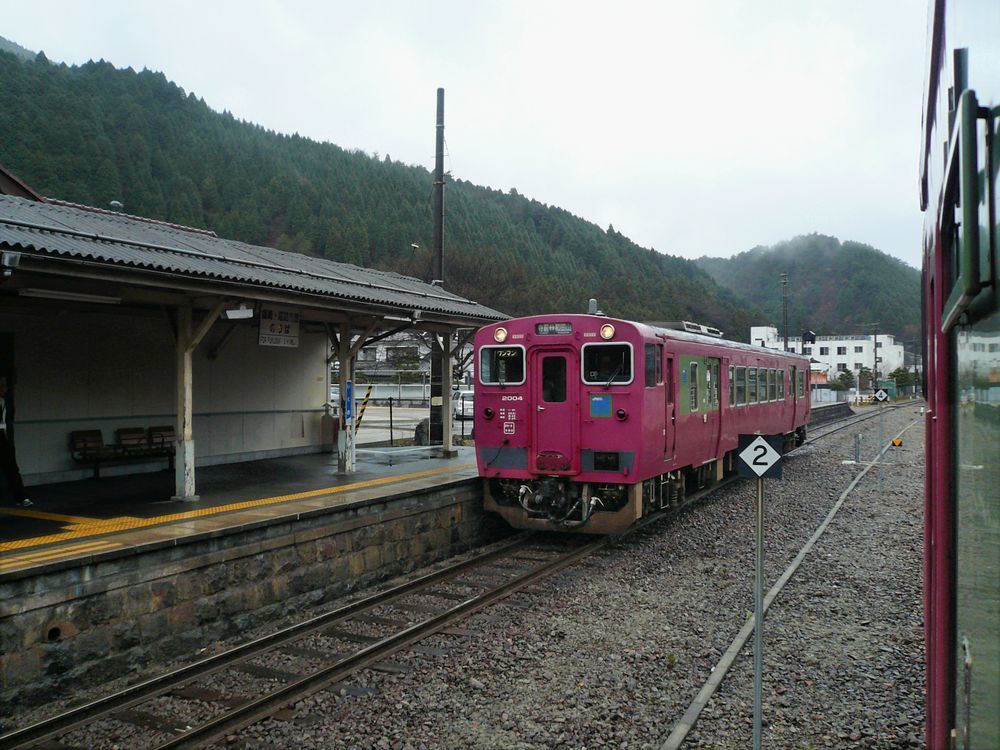 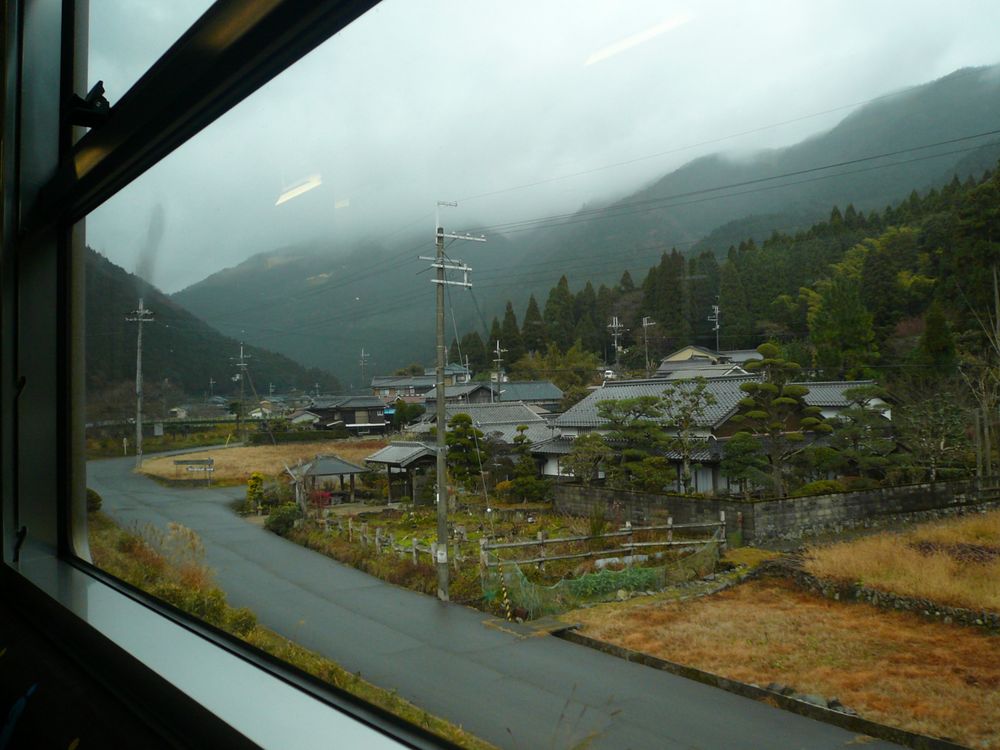 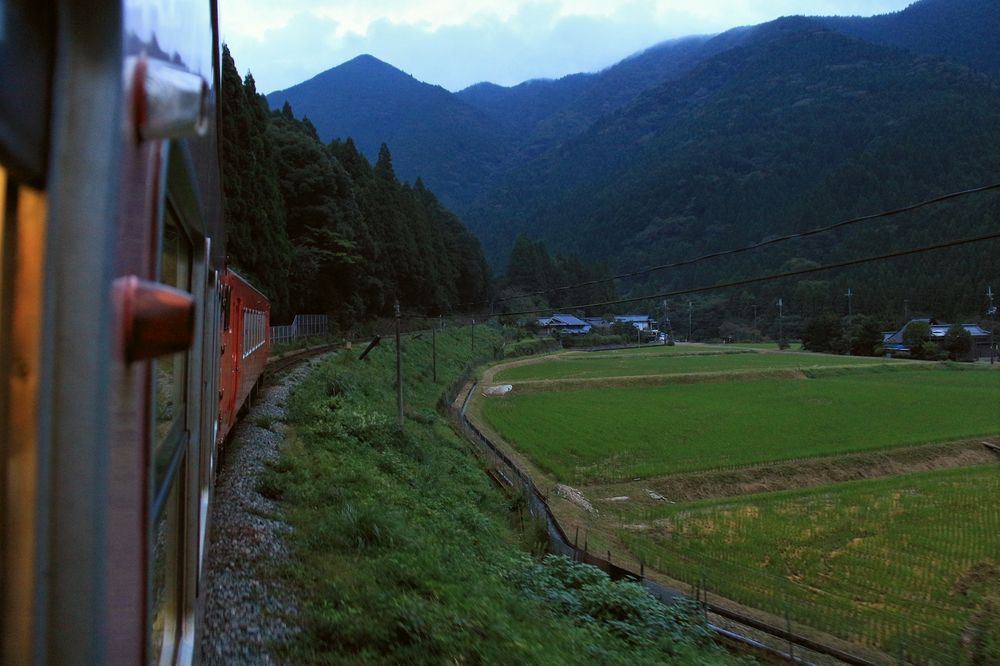 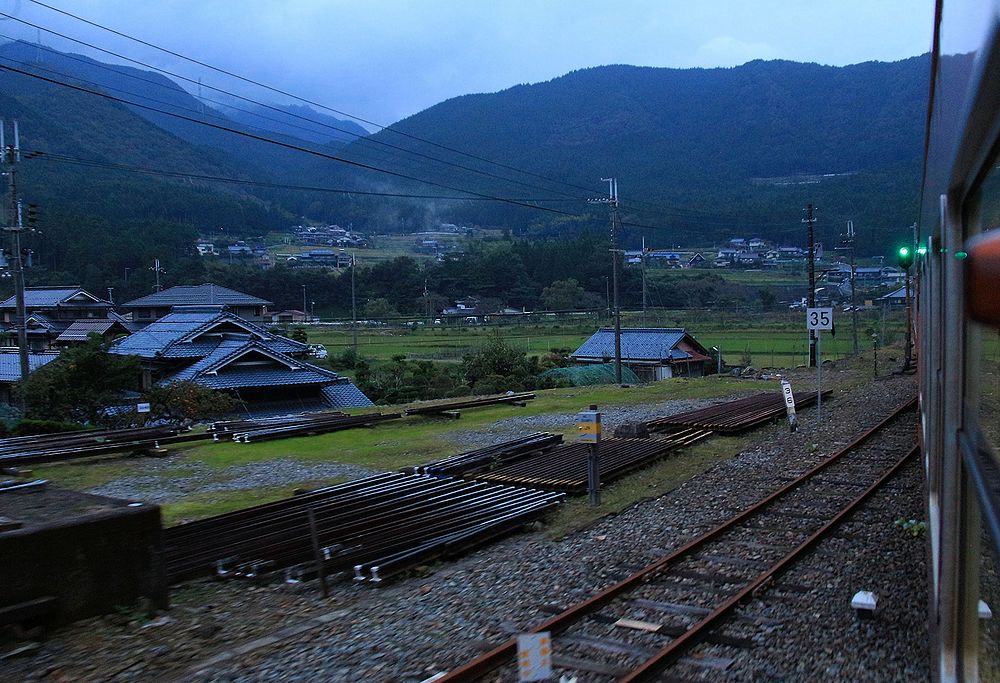 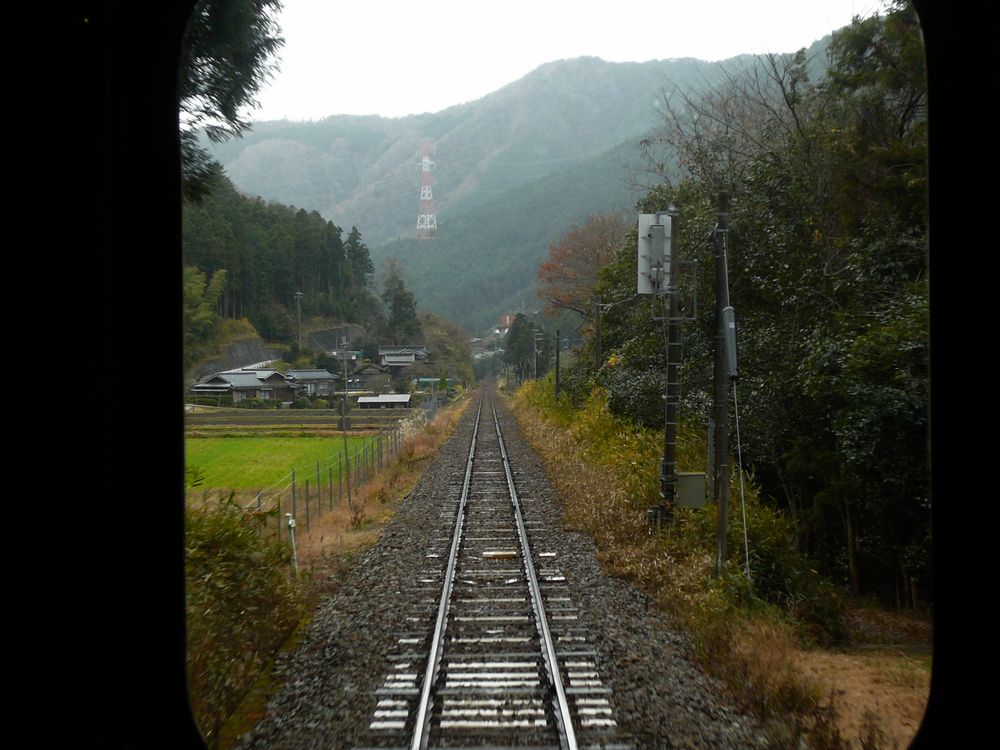 Climbing down from Hase towards Teramae. (2010) 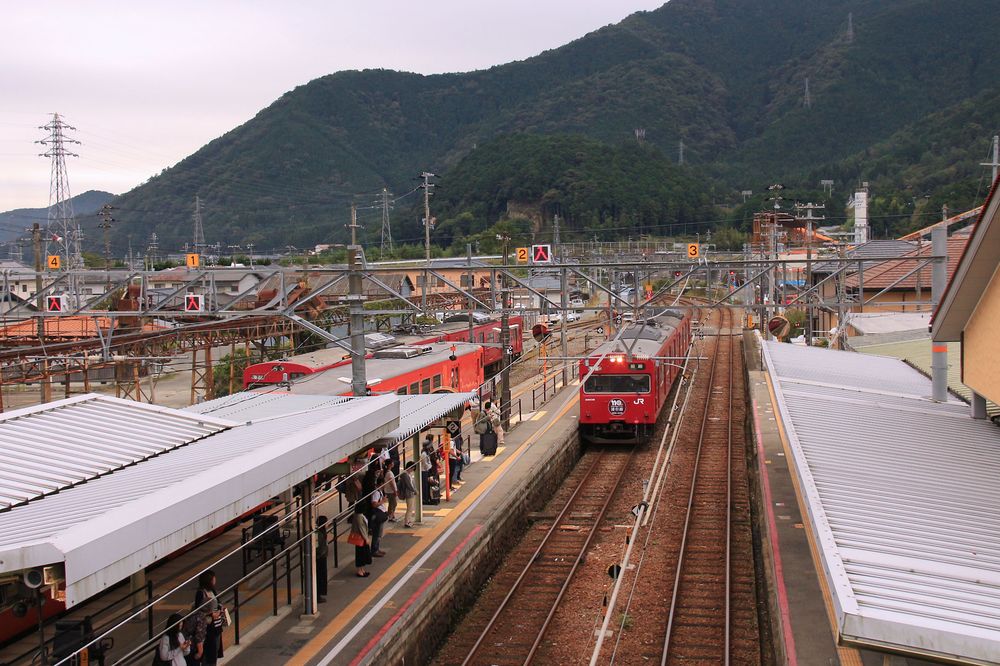 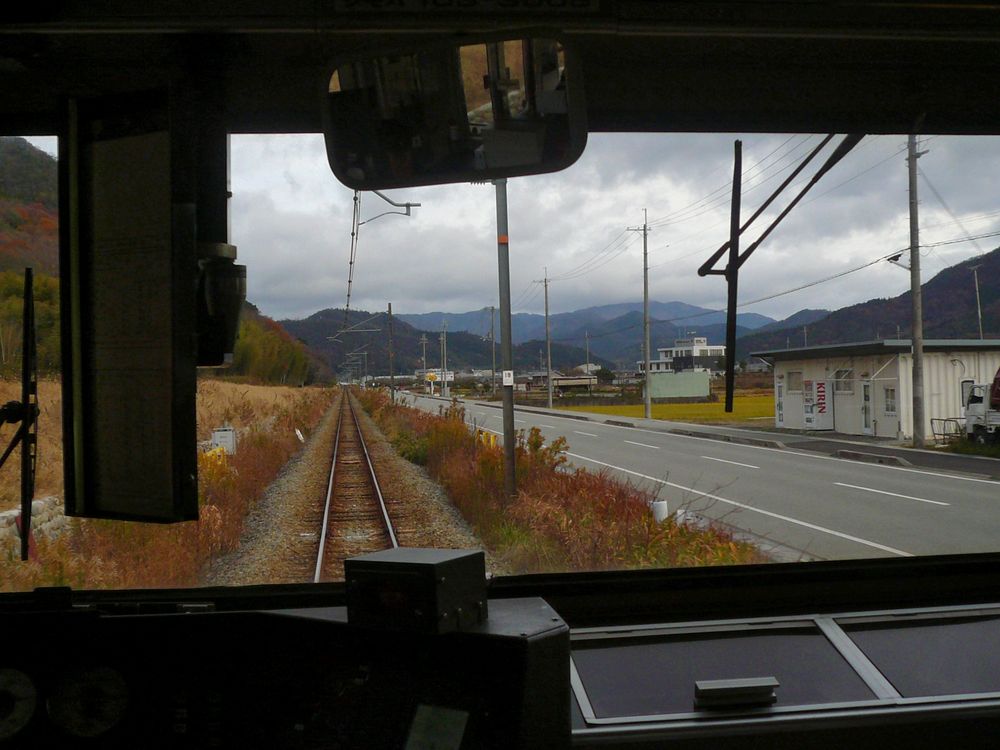 In an electric train on the Himeji-Teramae section, looking up the valley towards Ikuno Pass. Near Fukusaki, about 17 km from Himeji. (2010) 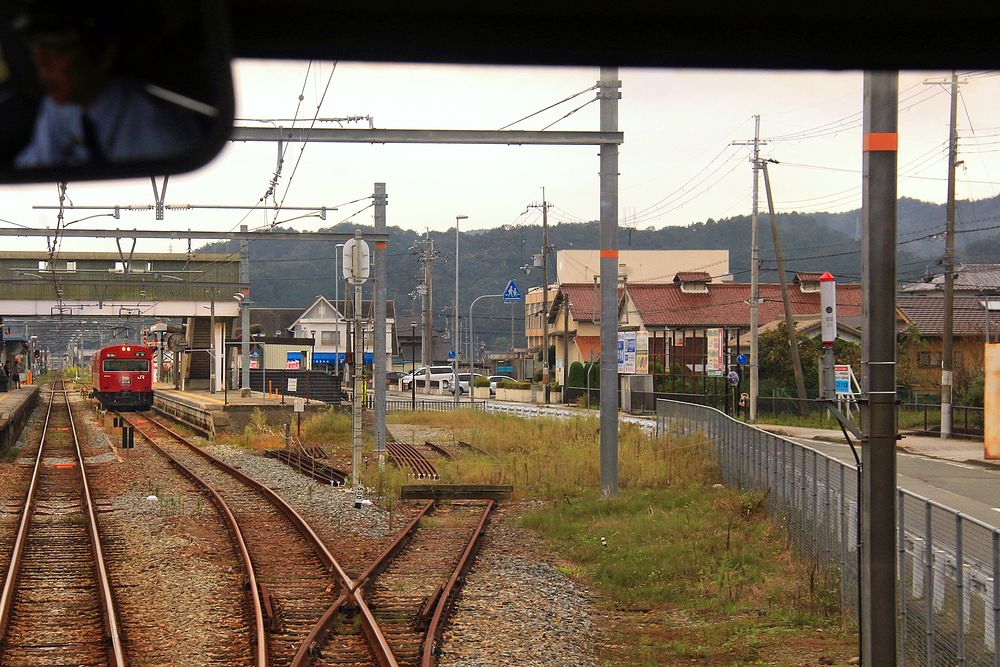 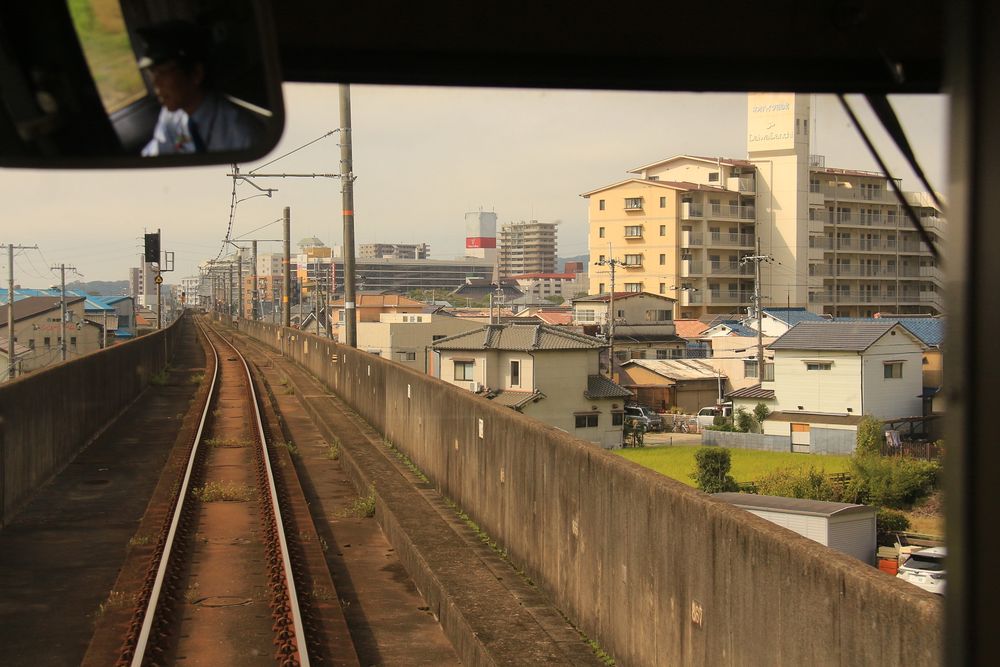 The new elevated entrance into Himeji station, seen from a class 103 electric set near Nozato, around 4 km outside Himeji. (2016)

The Bantan-sen just outside Himeji provides a good view of the castle. (2016) 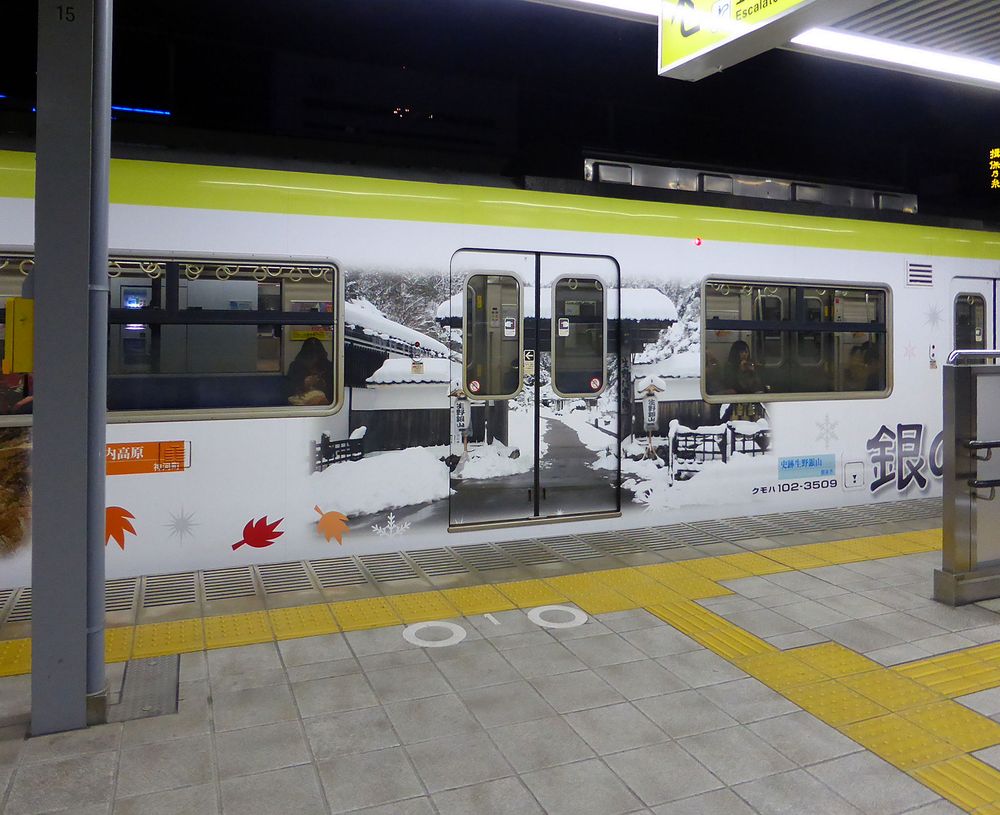 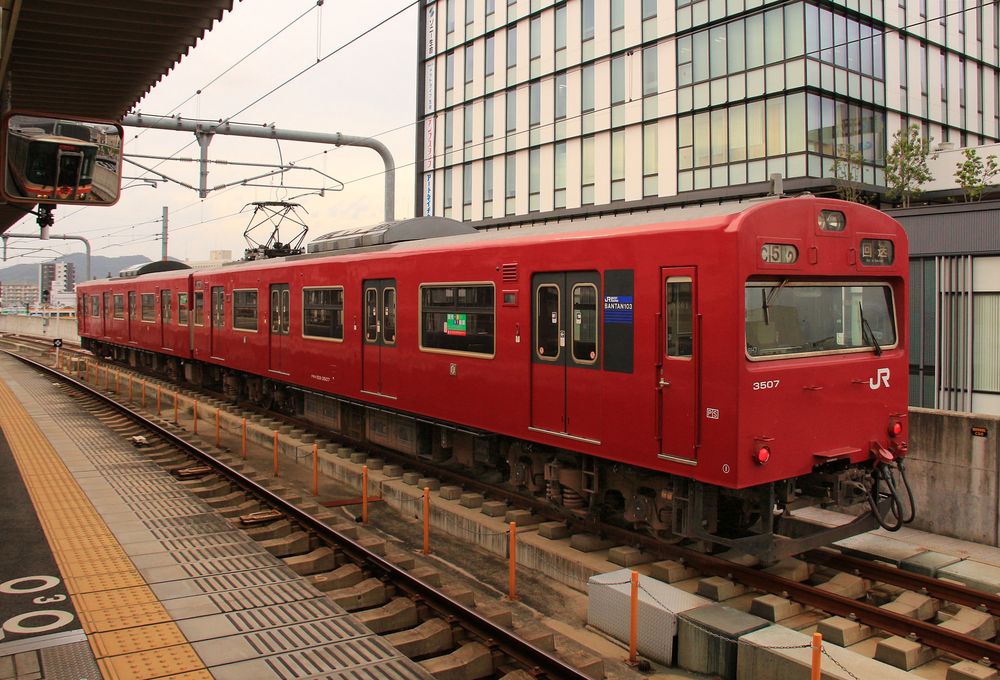 Train set 103-3507 for the electrified section from Himeji to Teramae, standing at Himeji station. (2016)