※ The lines defined here as lying in the Chûbu region are often referred to as railways of the Tôkai region, the area between Kantô and Kansai along the Tôkai coast, through Nagoya, and along the Ise Bay.

Tôkai: Normally the 4 prefectures Aichi-ken, Gifu-ken, Mie-ken and Shizuoka-ken are referred to as the Tôkai area (Mie-ken is sometimes counted as part of the Kinki area, and Shizuoka-ken is sometimes omitted from the list). The Tôkai-dô (Tôkai Road), i.e. the Eastern Sea Route along the Pacific Coast, was once Japan's busiest traffic artery, linking the Capital Edo (today Tôkyô) in the East with Kyôto and/or the shrines at Ise in the West. From the 17th century on the Tôkaidô was officially termed one of Japan's Five Major Official Routes. Along the route the Ôigawa River was the main obstacle. There existed neither a bridge nor a ferry boat service, and travellers needed to be carried through the water on the shoulders of a carrier, in a palanquin, or on horseback. One reason for this was to maintain control of the route east of the Ôigawa to the Shizuoka area and the capital at Edo. 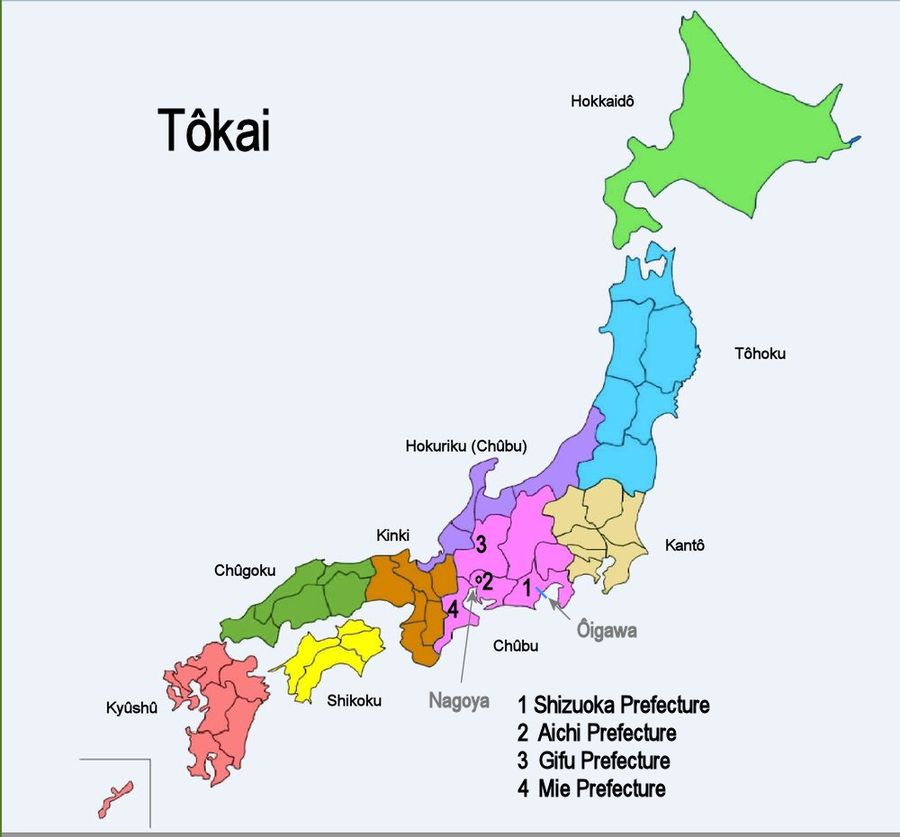 Woodblock-print by Hiroshige (1797-1858) of the Ôigawa crossing, realised around 1832. (Photograph of a small table cloth showing the station of Shimada on the east bank of the Ôigawa) 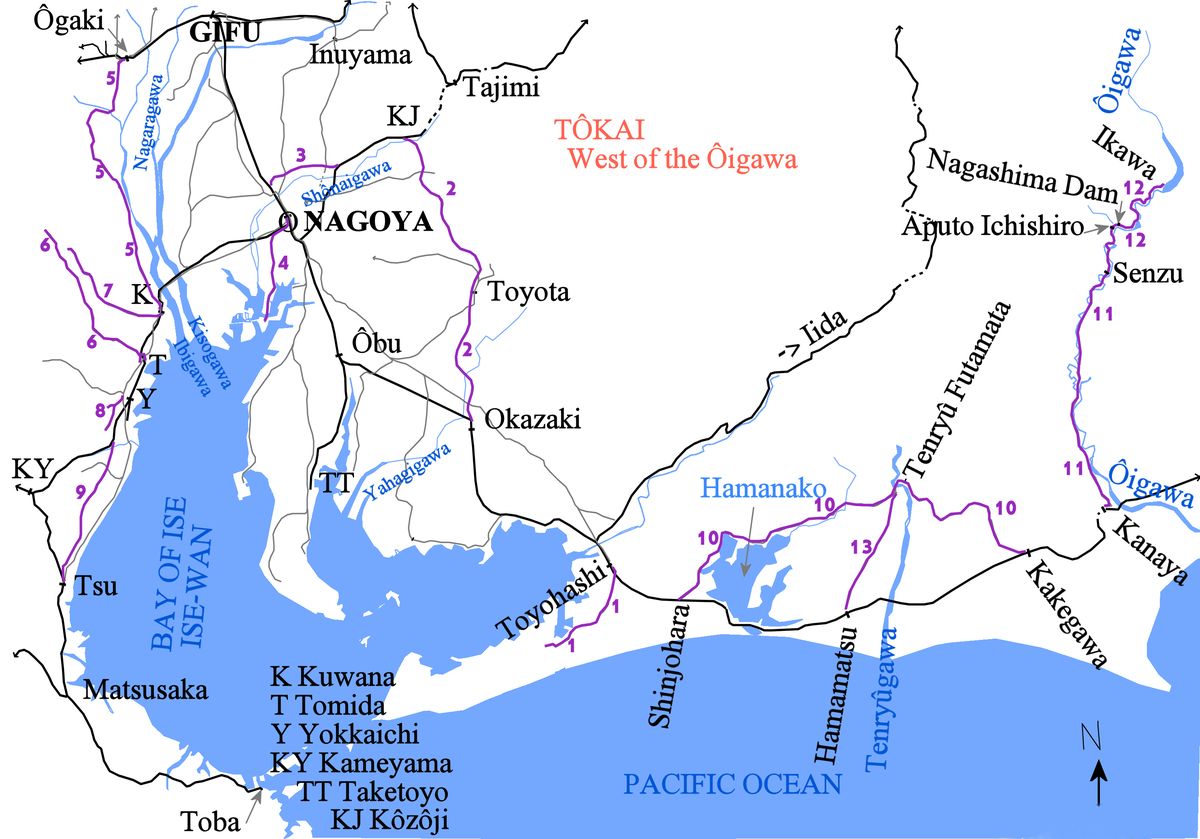 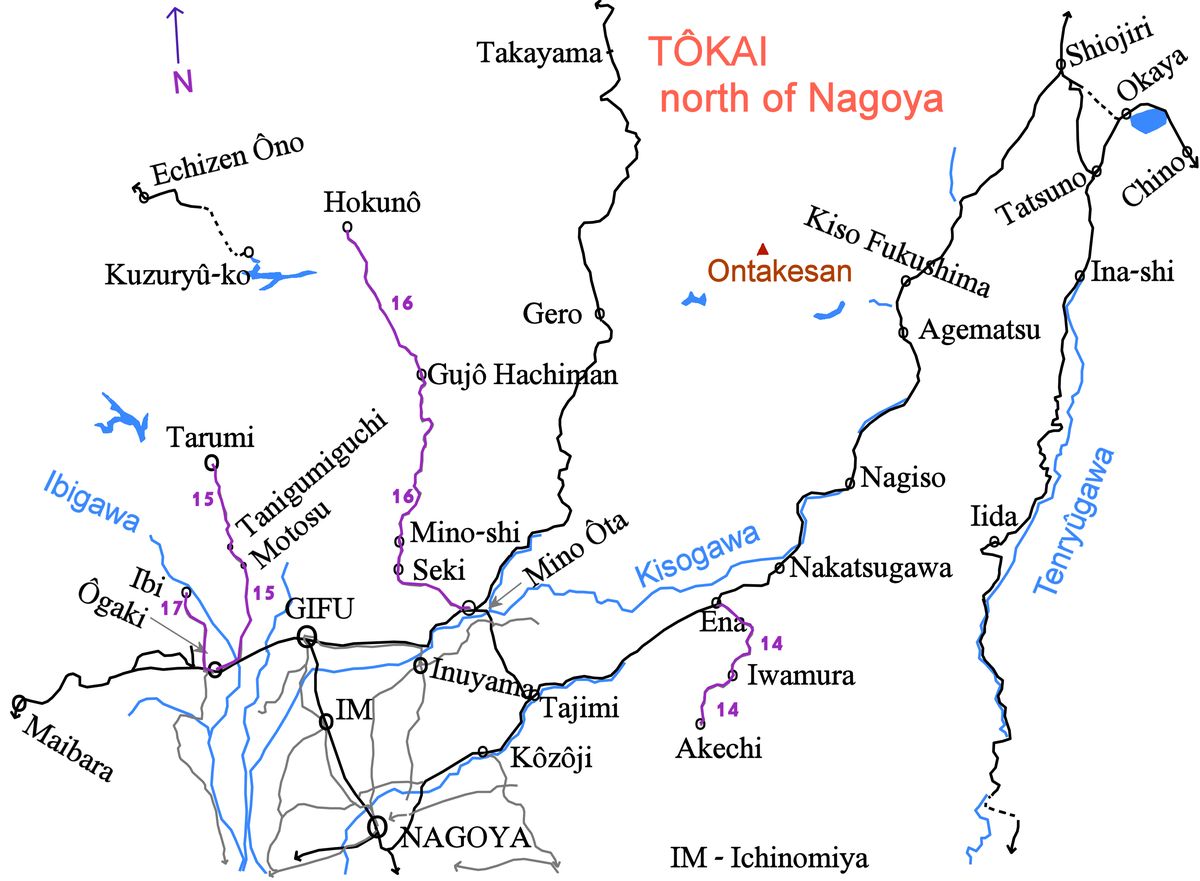 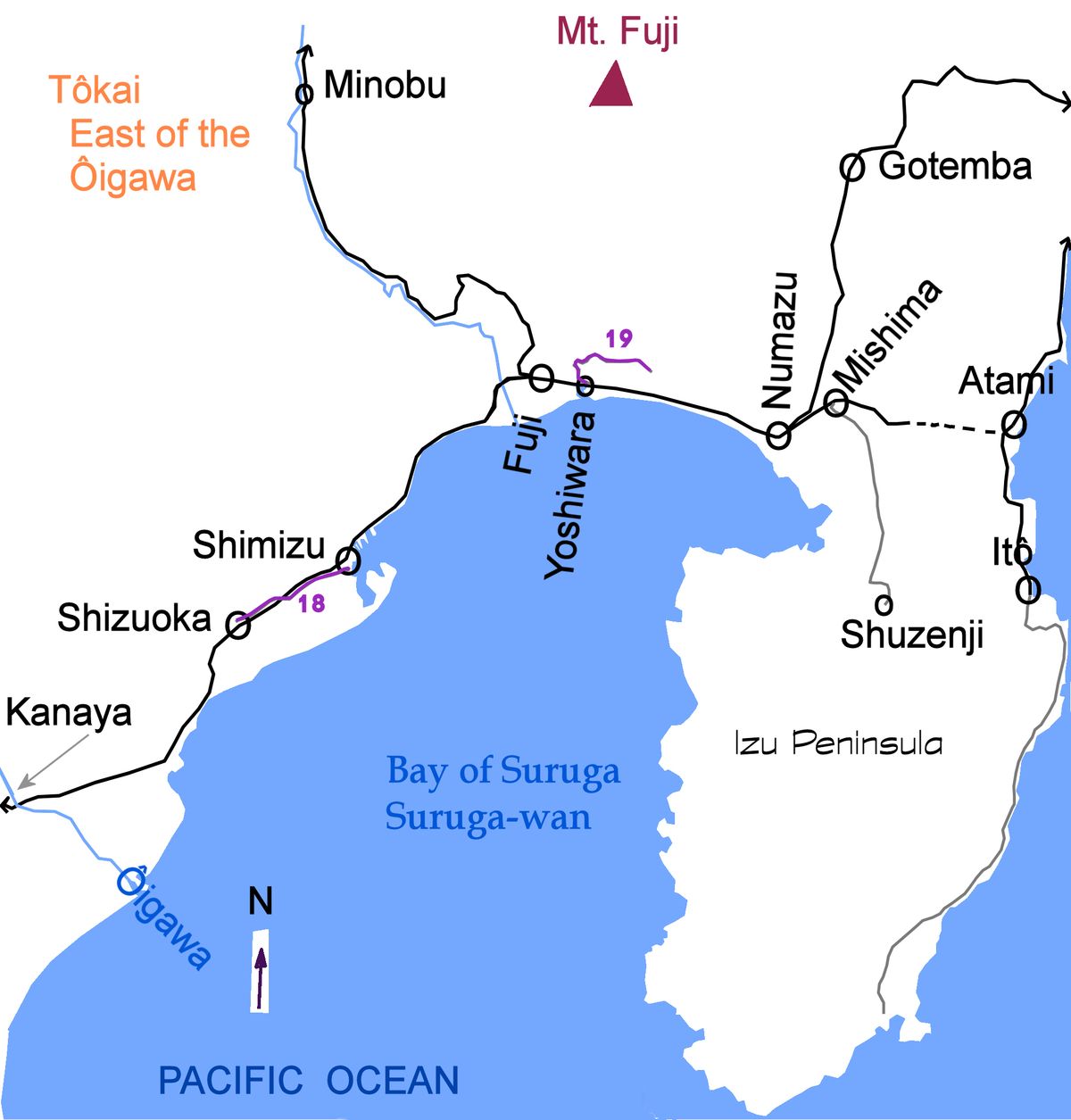